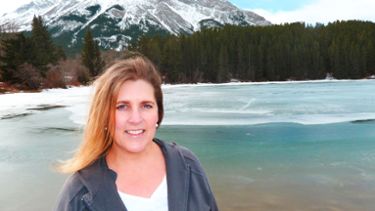 Managing sales across Canada puts Jody Ransome in the driver seat several days a week. It's a lot of travel time, but it is also a chance to see what a difference her job makes to babies, families, and hospitals across Canada.

Territory Manager Jody Ransome is proud to work for Medela. "In my job, I help hospitals make improvements to their processes and equipment that ultimately save the lives of babies and offer them a healthier, stronger start in life," she says, "it is a job that means a lot to me, and I love it!" A registered nurse, Jody has run our sales in breastfeeding portfolio in Western Canada for 20 years now, with a special focus on the neonatal intensive care unit (NICU) segment.

Jody travels extensively, logging some 30,000 kilometres by car annually, and often spending several days on the road each week to advise decision-makers in hospitals. "On-site meetings are indispensable. It's important to demonstrate hands-on how the equipment works, and train hospital staff in using it safely and efficiently," says Jody, "And nothing pleases me more than seeing first-hand how happy a customer is at having partnered with Medela,"

Jody manages the two provinces Alberta and Saskatchewan in the south, and Yukon, Northwest Territories and Nunavut to the north. "Travel is part of the job, and I love zipping around in my Mazda MX5 Cabrio, especially in the summer!" says Jody, "I limit my driving during the harshest part of winter, when the roads are really covered with snow, and cover the northern area by phone."

The bonus is working out of her country home near Crows Nest Pass in Alberta. The property adjoins a small river and looks out on the Canadian Rockies rising on the horizon. "Except when I go see clients, my commute is very short – just down the stairs!" Jody laughs. A lover of the great outdoors, she spends her leisure time camping with her husband on their property at Lake Koocanusa in British Columbia.